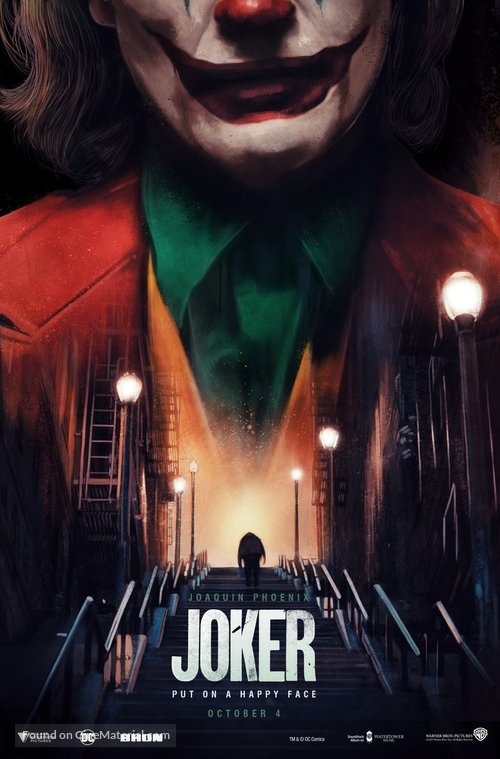 The movie Joker is the most anticipated movie release of the month of October. It was definitely the most hyped film, and it delivered. This movie focuses on the origin story on a well-known character from the Batman series, therefore its expectations were high. The Joker story revolves around a man with a mental illness and a disorder that makes him laugh uncontrollably at things that are usually not funny. Half of the movie is in the Joker’s mind himself as he makes up different scenarios that would make him feel happy.

I give this movie a five star rating because even with its high expectations, the movie still lived up to the hype. It consisted of a hefty share of violence, darkness, suspense, and mystery, as well as a plot twist towards the end of the movie. The plot of the story was also exceptionally creative and realistic. He starts off like everyone else, being one of many people in the lower class fighting for equal economic rights from the rich who have an exponential wage gap between upper and middle/lower class. His act of violence against three rich men depict him as a hero to some people, even though he is not aware of this. People eventually begin the protest of the government which was sparked by him.

After seeing the Joker movie, it gave me a whole nother perspective on the background of this character who seems to have risen to fame through illusion and mental illness. This movie is great to watch if you’re into mystery and always want to be at the edge of your seat. Ultimately, this movie never had a dull moment. There’s always a moment of mystery, action, violence, or darkness. Joker had high expectations, and in my opinion, ended up exceeding them.